Last weekend I introduced a retrospective of Jenni Olson’s films at Kashish, the Mumbai International Queer Film Festival. Below is a slightly spruced-up version of what I said. 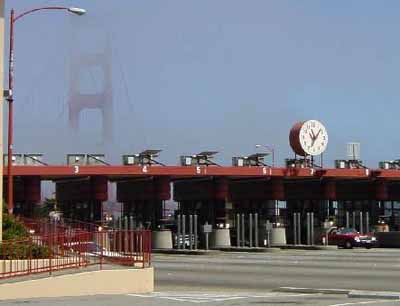 Good afternoon, thank you for coming. I feel honored to have been asked to introduce this program of films, “The Streets of San Francisco,” set in my beautiful hometown.

With this retrospective, Kashish honors both Jenni Olson’s vision as a filmmaker and her longtime contribution and commitment to the lesbian, gay, bisexual, and transgender film community. She has been an instrumental figure in the United States in creating organizations and infrastructure for queer culture. While still a student back in 1986, she founded an LGBT film festival at her university campus. She later became co-director of the San Francisco International Lesbian and Gay Film Festival and was a co-founder of the website PlanetOut.com, as well as of the queer gathering at the Sundance Film Festival. She’s now director of e-commerce at the world’s largest exclusive distributor of gay and lesbian films. The books she has authored are both critical to documenting and preserving queer film culture: The Ultimate Guide to Lesbian & Gay Film and Video and The Queer Movie Poster Book.

Creatively, Jenni Olson’s first films were documentary feature-length films that compiled vintage movie trailers with queer content. The first one was called Homo Promo and the latest is Bride of Trailer Camp. We aren’t showing these films today, but you can see some very entertaining samples on her website, www.butch.org.

Today’s program begins with a few shorts in which you see her signature style develop. The main feature is a documentary called “The Joy of Life,” and here is where we see Jenni Olson’s unique vision as a filmmaker really emerge. I think of it less as a movie, with lots of action and naacha gaana [song and dance] going on—in fact there are almost no people in it— and almost more like a photo album with a story. It reminds me of sitting in someone’s living room in San Francisco, looking out the bay windows, having several cups of tea and listening to a friend talk about what’s going on with her: “Well, you know, there’s this girl … It’s been kind of hard …” [here the Kashish audience laughed].

“The Joy of Life” has three parts. The first is an apparently meandering story about queer relationships narrated by Harry (Harriet) Dodge, who is another key figure in American queer culture. Then there is a poem by Lawrence Ferlinghetti, a San Francisco poet of the Beat generation, about the city, which acts as a sort of bridge. And then there is the story of the Golden Gate Bridge, where more than 30 people a year jump to their deaths every year.

This film was quite influential, along with another film (“The Bridge” by Eric Steel) that came out soon afterward, in getting the bureaucracy in charge of the bridge to reconsider the safety of the bridge. I can speak more about that afterward during the q&a if you’re interested.

Jenni Olson made this film after her co-director at the San Francisco International Lesbian and Gay Film Festival, Mark Finch, killed himself by jumping off the bridge. In my perception, linking queerness and suicide is very much at the heart of this project, but in a very subtle, never didactic way.

Last night I had a chance to touch base (thanks, Facebook!) with Jenni Olson and asked her if she wanted to share a few words with you. This is what she said:

I am honored to have my work included in such an important and prestigious film festival. I want to say Thank You in advance for your thoughtful attention to my unique cinematic approach — prioritizing urban landscapes and voiceover as my preferred method of storytelling. I hope you enjoy this meditative viewing experience and would love to hear your impressions if you want to look me up online at butch@butch.org!

With that, please relax and enjoy the film.
*

Here is the official film trailer. You can read more about “The Joy of Life” here or buy it here.