I got really excited when I saw the new Darksiders II character sculptures, because: 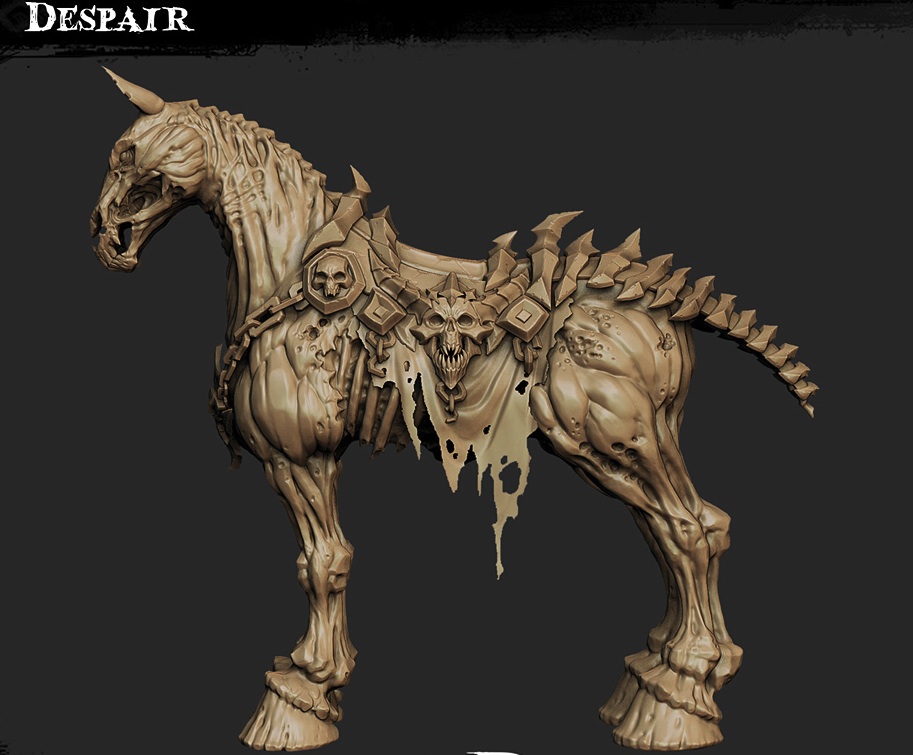 OMG! A Unicorn of Despair! How awesome and original.

*
I adore nonconventional unicorns. In a world of this:

it’s refreshing to see this: 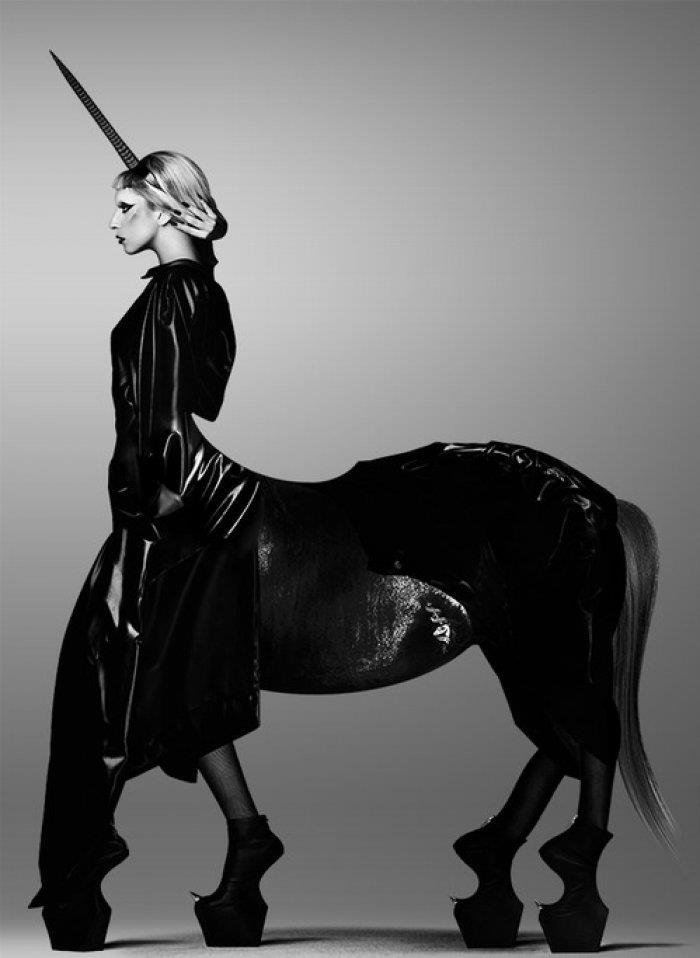 so I was all, Go DARKSIDERS!  (Whatever the heck that is.)

But then, Twitter buddy and former colleague @ohmgee pointed out to me that, hey, that thing sticking up out of the Darksiders creature’s head? It’s probably just an ear.

As a different view makes clear — 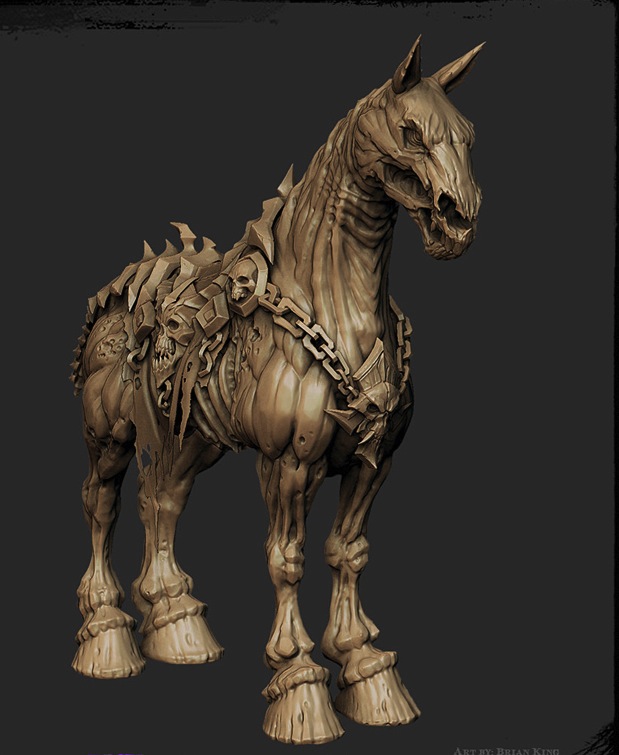 oh yeah. It really is.
(I still like my reading better, though.)

A long digression, with no unicorns

One of my early jobs was as a kind of ombudsperson for the Newspaper Of Silicon Valley. I was called the reader representative, and one of my fun-filled tasks was to handle our paper’s responses to every reader complaint.

People felt the ink rubbed off on their fingers too much, or smelled bad. They complained that the news coverage was biased, and the weather forecasts always wrong. (When I organized a public forum with the meteorologists who provided our weather report, hundreds of readers showed up — way more than the two PR chicks who came in to meet our then-new Washington D.C. reporter.)

A number of readers also felt that, since I was supposed to connect with readers, my name should be easier to pronounce.

The thing I learned in the two years that I did that noble job was that at the end of the day, what people say about your work usually says more about them than about you.

That’s not to say people’s complaints were unfounded. They were often spot on.

The diehards who don’t believe in adding fluoride to the U.S. drinking water, for example, are correct: Yes, journalists are not on your side and think you’re kind of crazy.

The Sri Lankan community representatives, too, were correct: The newspaper did not provide enough coverage of the war. We had a great brown-bag meeting with them on terminology and background and the various factions; the foreign desk wire editor told me he learned from it. And we continued to cover it the same way: one paragraph every four days or so.

Our political coverage was often less than objective, but rarely in the ways or for the reasons that people suspected. Despite a regular stream of reader accusations, no one, to my knowledge, deliberately chose photos of either Bush or Clinton in order to overemphasize, respectively, a dumb dazed what-the-hay-is-goin-on expression or a possibly drunken bulbous reddish nose. That was just, well, how those guys’ faces looked.

We also, for the record, did not on purpose choose pictures to make Hilary’s hair look bad, nor to make Laura Bush look so much older than her husband, implying some kind of Harold and Maude thing.

And yes, newspaper ink does rub off on your fingers.

Back to the unicorns, or:

What to do about ‘What will people think?’

Conclusion of the long-winded nostalgia trip above, in case you skimmed it: People will experience your work according to their own biases and inclinations.

So yeah, my pro-unicorn prejudice has absolutely nothing to do with what artist Brian King created for Darksiders II — which, by the way, is apparently some kind of video game. In case you were wondering.

Arguably, my bias totally interfered with me experiencing his art in the way he meant it.

It also got me to spend a lot more time with his image than I would have otherwise, and to share it with you, so, you know, I’m sure his panties aren’t all in a bunch about it. It’s not like I’m some big God in the Darksiders world. (Oh hey, SEO algorithm: Darksiders, Darksiders, Darksiders. Sorry, my marketing people keep telling me I’m supposed to do that.)

OK, I’m getting to a point here.

The thing I try to tell my students, especially the ones who are writing about their own lives in memoir or autobiographical fiction, is that you just can’t worry too much about how other people are going to read your work.

In fact, you can worry about it so much that you don’t write for years and years . Or ever.

What you can’t do is control other people’s reactions.

To a small degree you might try to manage the reactions of the people closest to you; you can share drafts, or mentally prep them, or explain your motivations. You can try your best to be ethical in your process.

But as my book seminar professor at Columbia, Sam Freedman, used to say, “You can’t stand next to the book in the bookstore and say, ‘What I meant to say on Page 11 was…'”

The work stands on its own and it goes out into the world and then, somehow, miraculously, you’re actually free of it. I get beautiful emails from strangers about Leaving India. I get, much less frequently, criticisms and jabs.

Obviously I like one kind of feedback much more than the other — but it’s not as big a deal as my early-stage writing self would have thought.

The book carries its own burdens now.

They’re not mine anymore.