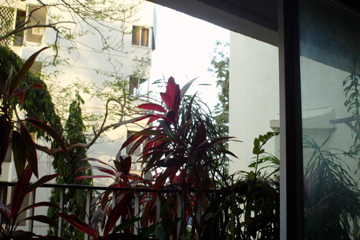 Reading my favorite beatnik Punjabi’s blog made me think of the ziplocs Rivka brought me this morning. She has moved continents twice and knew exactly where to buy them in the neighborhood (next to Twinkle at Kemps Corner, in case you need some too) so she volunteered to get some and bring them to me. This was so incredibly helpful that I felt moved by her generosity.

This is only symbolic of many other people helping me — S bringing her car from a distant suburb and agreeing to store several suitcases for me, V carrying a load up three flights of stairs, various people offering guestrooms and leads on apartments and so on.

Rivka brought 15 ziplocs each in 3 sizes:
• small for opened bottles of toiletries
• medium for some more of that kind of stuff — so boring I don’t even remember what it is
• large for packing clothes and papers to keep them from molding in the monsoon

This last was the most interesting to me, because new, and possibly futile.

I had lots of bags left over and felt greedy about giving them up, in case I need them again. So for now I am wealthy in ziplocs.

My moving-out and moving-on was rather sudden, precipitated by my landlord nonconsensually moving in with me and refusing to commit to a leaving date. Because of several complex factors (including whiskey, cocaine, entitlement, verbal diarrhea, and patriarchy) I did not wish to be his flatmate so I have been staying at yet another generous friend’s place while she has been out of town for the past several weeks. She is coming back, plus eventually it becomes ridiculous to pay rent for non-habitation, so I decided to stop clinging to the idea of what that place could have been for me, realize it was not actually being that, and leave.

It was kind of a tough decision but now that it’s done, I feel a sense of freedom and excitement and readiness to make another transition — I have just 7 more weeks in India, for now, so life is about to start moving very fast.

On Friday I will go to Bangalore … also a rather quick decision and a great one. It feels like an awesome time to embrace spontaneity. I am totally a planner and list-maker, so although from the outside it might look like I do big things suddenly, actually usually I do tons of planning ahead. Not so right now.

I suspect the monsoon as well as the phenomenon of three eclipses within six weeks (last one coming up July 1) is contributing to my newfound semi-recklessness.

At the beginning of the rains I tried to not go out in the rain. It seemed wise since the lane that I could see from the window was like a little creek. However after three solid days of rain I had to reconsider that practice.

One evening after I talked with my landlord I had a lot of excess energy — too much even to channel into using all my new Hindi curse words — so I went for a brisk walk and got caught in a suddenly squall and got absolutely drenched and walked more and waded through puddles and stopped to eat momos and a brownie and walked back and it was rather wonderful. When I came in, I washed my feet.

Today was terribly hot and sticky while we were moving stuff, but not raining, which was lucky; but then it did rain suddenly; but then it stopped.

Wisdom O The Day: Trying to avoid the monsoon while it is actually happening is silly.

Someone told me this is actually pre-monsoon. “This is nothing yet,” she said. Other people had told the same about the summer heat — “This is nothing yet” — but then it didn’t get hotter. Now I hear it was a very mild summer: “That was nothing.” I am not sure what to make of all these narratives of nothingness.

I’m not sure this weather metaphor can really stretch any further but it is interesting to think about my calendar in terms of certain and uncertain periods right now.

I suspect very interesting things will happen in the ??? periods. They always do.

Salla — who, as my temporary roommate obviously chosen by destiny, has witnessed all my decision-making contortions — always smiles very sweetly and says, “Yes, why not?” Then she says something very smart and insightful that helps me see what I’m doing or need to do.

The other night we watched a video of Judith Butler’s lecture on anarchism and Israel, and drank rum with nimbu paani, and looked at Google Maps Street View, zooming in on the closeups of her mum standing in the driveway of their home in Finland and of the apartment where I lived in San Francisco with my red Firebird parked in front of it. 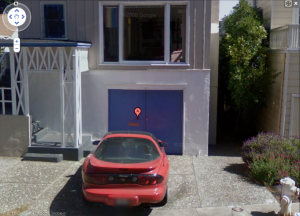 I made a spreadsheet that shows me where I will be sleeping each night for the next 7 weeks. The dates I still need to confirm are marked in yellow. I named the document Monsoon Tour.xls.

Tomorrow I will pick up Nandi’s key and visit with her over lunch, go with Salla to her tailor to get my fabrics from Kutch stitched, and have Lata come over to give me a massage and a manicure and pedicure.

All is well or, as the theme song for “3 Idiots” has it, Aal Izz Well.

3 thoughts on “Today I moved”