Q: Leaving India tells the story of the Indian diaspora through the story of your own family. What drew you to this subject, and why did you take this approach?

The most personal reason is that I grew up not knowing much about the context of the diaspora at all. None of us really knew the whole story, of course; it was still developing; it hadn’t been written. I was born in San Francisco, then I had the experience of moving across the Pacific as a baby, at six months old—which of course I don’t remember—and then moving again when I was seven years old, back to the United States. And then I made multiple migrations in my own life. And I didn’t really know why all that migrating was happening, how and why my parents ended up here in the first place, so the book was an exploration of that, on a very intimate and emotional level.

On a more cognitive level, I started to realize that many of my friends were surprised when I would mention a cousin here or a cousin there. They would say things like, “Wow, your family is all over the place!” And when I sat down and counted, I realized that I had thirty-six first cousins—my parents are both from huge families—and that these cousins lived all around the globe. When I added in the second and third cousins, my family was in nine different countries, and counting. And what’s more, my family really isn’t so unusual among South Asians. So I was curious about how that happened. There’s a part of the book where I reflect on the fact that in our families, migration stories are told as very personal: “Your great-grandfather wanted to go to Fiji, so he went.” “Your father decided to come here to study.” But obviously there are huge social and economic and political factors at work, to make people suddenly uproot themselves and migrate. There are reasons that certain borders were open or closed to Indians at different periods in history. So I set out to understand how these larger forces of history intersected with individual lives.

At the same time, starting in the late 1990s I was of course noticing how South Asian-ness in the United States had shifted from this sort of obscure nationality to being a megatrend. I grew up in a very white community in suburban Michigan, and when we said we were “Indian,” people asked us, “What tribe?” Really. And if you saw me, you’d know I don’t look Native American at all, but that was the level at which they could relate to that word “Indian.” As a result, I grew up feeling sort of isolated and alienated from my ethnic identity. And now you see Bollywood and yoga and meditation everywhere, and large South Asian communities all over the country. Obviously something had happened to cause this population surge, and I wanted to learn about that, not just on a historical level, but what that means in our actual lives.

Q: When you have “family all over the place,” that can also mean you have a lot of family you don’t know. Did any surprises turn up in researching the book? 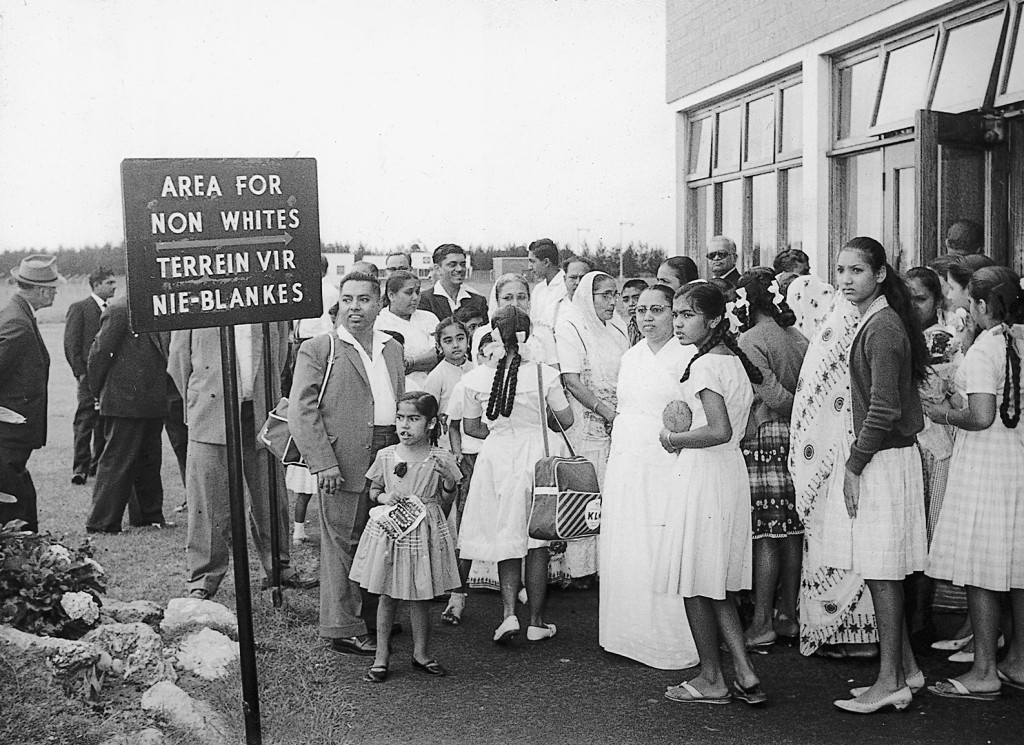 Absolutely! In South Africa, for example, I went into a local history museum and saw my great-great-uncle’s picture on the wall. That’s when I discovered he was the inventor of local delicacy, the “beans bunny.” It’s basically fava bean curry stuffed into a bread loaf, and it came about because black Africans were suddenly prohibited from sitting down in restaurants and eating. So my great-great-uncle and the other Indian eatery owners had to come up with a way to sell “take-aways.” This was before the era of Styrofoam and plastic containers, so they invented the curry-in-a-bread-loaf idea, which came to be known as the “bunny chow.” It’s now considered a South African national dish! My great-great-uncle was a strict vegetarian, so he created the vegetarian version, the “beans bunny.”

Q: How about family members you didn’t like? Any of those?

Sure, but then I chose not to write about them. That’s the benefit of having such a huge family! I collected far more stories than I could incorporate in the book, even from people I adore. So everyone in the book is really dear to me and interesting in his or her own way. And I found a few personal heroes through writing the book. One is my cousin Mala, in Los Angeles, who is the subject of chapter 6; she overcame a difficult home situation and found a kind of freedom that is surprising and inspiring to me, and she also represents the new, more working-class South Asian immigrant generation. Another is my cousin Praveena in South Africa, who is a teacher in the public schools, which are becoming more and more integrated. She has a really kind and compassionate outlook toward all of her students that is somewhat at odds with many of the other Indians I talked to, who still carry some of the racist apartheid-era attitudes.

Q: Where else did writing Leaving India take you? What kind of research did you have to do?

I traveled to New Zealand, Australia, Fiji, Hong Kong, India, South Africa, England, Canada, and of course throughout the United States—basically anywhere I had family members. In each place I interviewed as many relatives as would talk to me on the record, and of course I stayed in people’s homes. I had already met most of them at one time or another over the years, because people in our family travel a lot. But it was wonderful to get to know my relatives in a different way. As a child and then a young woman, I was naturally limited in the kinds of conversations I would normally have. But as a researcher, I could talk to everyone, from elders to teenagers. I was always clear that the interviews were for publication and I always gave people the option to go “off the record” with anything they didn’t want the world to know, so I think that created a kind of ease and comfort. For the most part they very sweetly and willingly shared not only their memories but also their photographs, archival documents, old passports, everything with me. And my ability to speak the language, Gujarati, improved dramatically.

In each place, I also met with academics or historians who had insight into the history of the South Asian community in that particular country or city. And I went to local libraries and national archives to look at documents related to the early history of Indians in that area, censuses and statistics about the community, Indian newspapers and newsletters, and mainstream newspapers—really anything that would give me the texture and context for the personal stories that my relatives were telling me.

Q: And how did you manage to pull all these stories together? What was the writing process like?

Agonizing! And loooong. I had thought I would research the book in a year and write it in a year. Seven years later, I finally turned in the first draft to my darling and very patient editors! I’d been a journalist for years and I had also been writing poems for years—I still do—but whenever I tried to write about my family or the diaspora in those forms, I wasn’t satisfied. It turned out that neither poetry nor journalism was quite big enough to hold my family stories; I needed a narrative, almost epic form. I was interested in the challenge of combining reportage with a more emotional voice. And it turned out to be a challenge, indeed. Even though I had a very complete book proposal and outline going into it, the process of selecting from all the material I gathered, finding (and losing, and finding again) the voice of the book, pulling a few strong narrative threads from hundreds of disconnected anecdotes, and overcoming my terror of making the wrong choices was quite time-consuming. Amazing, too: I learned so much about myself, my fears, and my own creative needs.

Q: And what did you learn about being Indian? Did it change how you think about your own Indian-American identity?

In the United States there’s this common idea that Indians are smart, good at math, wealthy, engineers or doctors, professionally successful and hard-working, etc. But of course, that’s based on a very particular slice of Indians who were allowed to immigrate to the United States right after 1965 precisely because they fit those qualifications. That was my parents’ generation, the so-called “brain drain” group. But if you look at a bigger selection of Indians, either over time or globally, it’s obvious that we’re everything: smart and foolish, rich and poor, hard-working and slackers, practicing every profession under the sun and then some. Even though I knew that intellectually, I think actually doing the research and meeting all the people I met gave me a more visceral sense of the diversity of our diaspora, and even within my family, and how much more wonderful and liberating it is to have the full range of human experience available to us. A lot of Indo-Americans buy into the “model minority” stereotype, because who wouldn’t want to be smarter and savvier than everyone else? But I feel just as allied with the contract laborer in Kuwait or the cousin who can’t get a visa to leave India, or maybe even more so, as with the Silicon Valley magnate. 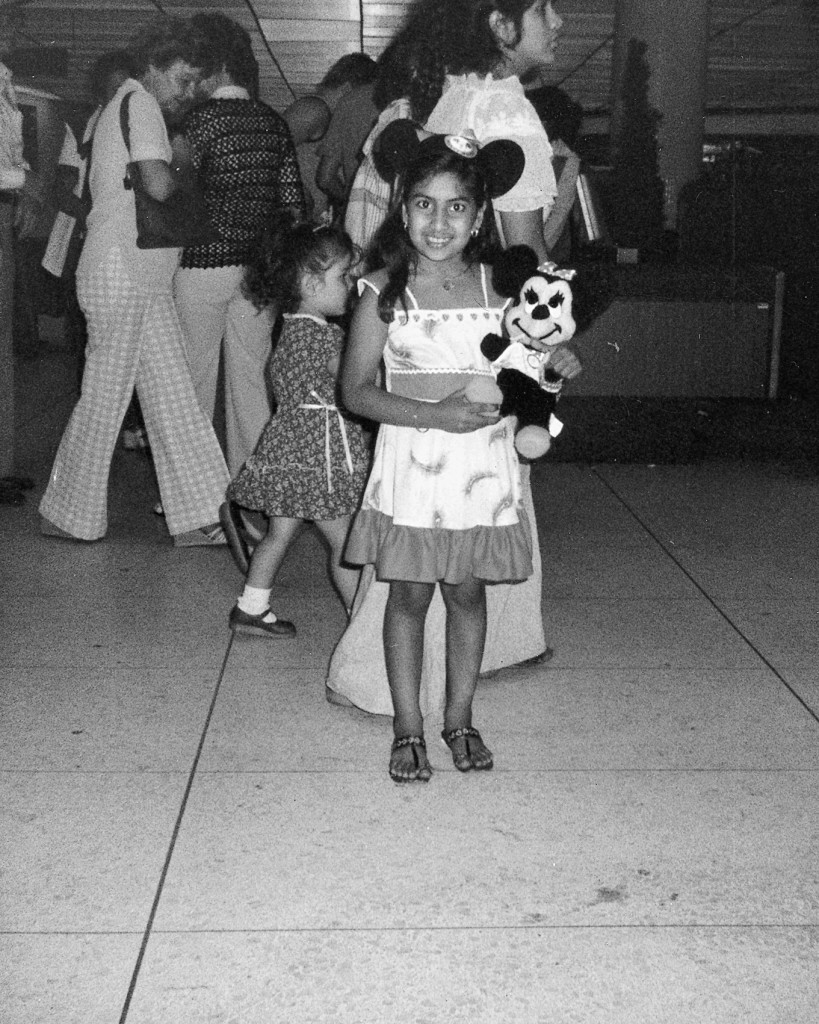 More than that, I think the book changed my sense of myself as separate somehow from the rest of my family. I came to see that so much of who I am is based on the fact that the people before me made the decisions that they made. The fact that I can live in San Francisco, be a writer, be an out lesbian, choose to wear blue jeans or saris, cook either my mother’s daal or tofu chipotle burritos—all of those options are possible because people before me made huge, dramatic changes in their lives. They moved. And each motion has ripple effects, intended and unintended, for generations upon generations.

Q: I’m planning to write my family story, too. Can I talk to you about my project? Can you help me?

Yes, I’d love to! Please see my Private Coaching page and get in touch.

Q: How does the Indian diasporic experience compare to other diasporas?

The Indian diaspora is a lot older than one might think, living in the United States where it’s mostly a newer phenomenon (although large numbers of Indians did come to the United States in the 1880s as well). There’s a theory that the Romany (“gypsies”) originally migrated out of India, which would make the diaspora at least four thousand years old. Only the Jewish, Chinese, and African diasporas would compare in age, size, and scale.

Today, because of wars and other displacements and the relative ease of global travel, more people from more places are living in diaspora than ever before. Each group of people has a unique history and it’s impossible to draw direct comparisons, but I think there are some common threads that can be explored: Choice or lack of choice. Nostalgia. Identity formation. Generation gaps. Sexuality and gender roles. Change and resistance to change. You can play mix-
and-match: pick any one of those and any diaspora, and you’ve got a great dissertation topic, movie plot, etc.!

Q: Speaking of movies, who would play Minal in the Bollywood version?

Wait, that’s the big question my relatives asked me! How did it get into this interview? Are you my cousin, too?